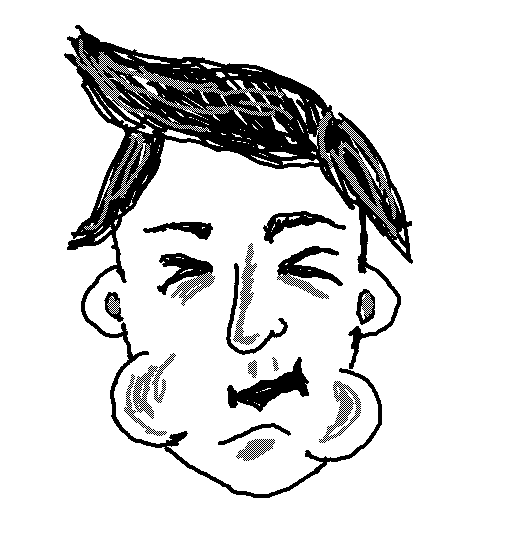 I was recently single after a three year long relationship. Tinder has just become a thing and I was full of confidence and excitement. I also signed up for Happn and that is where I matched with the first guy that seemed normal, had a good job, 11 year my senior and 15 cm taller than me. What a catch, I could not believe my luck.

We decided to met at a bar in close proximity to both our apartments. That is the thing about Happn, you only Mach with people you have crossed paths with. This can be a good thing, but for me personally I live in a quite small area. And it is not that cool to stumble upon a guy you went on a not so good date with or one of those men that ghost ( term refers to a person who stops writing after you have meet ).

Well, it was a Friday night and the bar was full so we ended up at a shabby looking place smelling of chlorine and sour beer. Luckily we we were both pro alcohol and order several cocktails. The chemistry as good, we laughed found out we both were quite fond of numbers and statistics. Not being able to handle the smell of the place. I invited him to a party at an advertising agency that a close friend worked at. He was a bit hesitant at first, meeting my friends in a first date would make me a bit uneasy too. But the promise of free alcohol had him convinced. We actually went back to his appartement for him to change into something more formal. Again my newly single mind shouted YES! The guys flat was totally normal looking and his sense of fashion good. He even bent down and kissed me ( oh how much I love the feeling of men having to lean down ). The kiss was quick but again good. No drooling, no sticking his tongue in the back of my throat nor weird guttural sounds.

And if we went to the event party. He seems nervous and asked if we could make up a story of how we first meet, and that not being the dating app Happn. So our story became that of us meeting at the local grocery store by trying to decide on which type of tomatoes were the best choice. The party was great, and oh my we got drunk! Free alcohol somehow does that to you… Our conversation floated and we talked about past relationships, my love for pets to boring aspects of our job. We became more intimate by the minute.

After a quite passionate kiss the guy murmured “let’s get out of here”. My brain went in overdrive. I had not had sex with another man than my ex for over three years, what if I could not perform and what would my grandmother think if she ever heard I had been with a man I just meet. Or even worse he was done with the date and I was not good enough. My reply was not very impressive a short “Ok”, and of we went. He suggested that we go to my place as I had already seen his. This made sense to me, my apartment is also something I am quite proud of having renovated it from the bottom. My bed too, quite expressive, extra long, wide and a mattress that is cooling.

At my apartment or actually while I was putting my keys in the door we started the process of fondeling and heavy petting. Inside, I did not even turn in the light and we headed straight into my awesome large bed. I don’t even remember how our cloths came of, but it was fast.

I guess he was more prepared for this moment than me and had condoms ready. Yes I do promote the practice of coitus with protection. Him being prepared and not arguing about the use of condoms made me even more attracted to the guy. And wow, his penis was massive, I am not exaggerating, it was as literally to wide for me to hold in my hand. I do have quite small hands considering my height but still I was quite stunned by the size of it. A fleeting moment I even wondered ( in my mind) if I could take a picture to prove that such a specimen of a male genital existed outside porn.

However, my thoughts were quite abruptly stopped. He started making weird noises. Hmm I thought, this is maybe why this guy is still single. The noises increased and started sounding like wheezing. Was he about to climax? So soon? Nooooo, I needed some action. Then he said: “could you please turn on some light” with a hoarse voice. I did as being told and OH MY. His face was red and his eyes had started to swollen, he looked a bit like Peter Griffin sleeping in The Family Guy. Was I so intoxicated that I had not noticed his face earlier? His next sentence was an aha moment; “ you do not own a cat do you?” Well of course I owe a cat. I am a proud crazy cat lady. And I thought I had told him this earlier. I guess my beauty or more likely we actually do speak two different languages may have caused him to not understand me. He apparently had a major allergy towards cat hair. I kind of panicked. He too, as prepared as he was with condoms, brining an epipen had not been a priority.

Our sexual escapade stopped there. I disabled 911 while his face continued turn even more swollen. I even thought about sticking a ball pen in his neck as seen on Grey’s Anatomy. Likely the ambulance came quite fast, it was after all 4:30 in the Möring. the paramedics asked me if I was his wife, and I awkwardly started explaining how we just meet over the tomato isle in the supermarket. They did not seem quite impressed. Together we drove to the hospital and ended up in the emergency room…. where he died…. Just kidding. He got better quite fast, but our chance for a second date equaled that of zero. Just as unlikely as me ever having a date with Travis Fimmel, the guy from Vikings.

So yes, there you have it my first ever online dating experience. Quite fun, a view of majestic male genitalia and quite traumatic. That being said, he is still alive and we sometimes do actually meet at the local grocery store. Our greetings consist of a quick nood and me heading over to the red wine section.

Some other pictures to describe how the guy looked